It is Ohkura Tadayoshi’s 28th birthday today, and this will be the fourth year that I make him a birthday post here on LJ. I’m not even sure if people go to my journal anymore, and I also don’t have any great idea for this year’s celebration. The fact that I only have to entries since my last Ohkura B-day post makes it really obvious of my lack of activity here. It’s a little bit sad, but since I’ve started University there’s been so many other things…

Either way, I feel that I need to and really want to make at least something for this day, because Ohkura is still a big part of my life. (I don’t care how lonely and pathetic that sounds, it’s still true.) 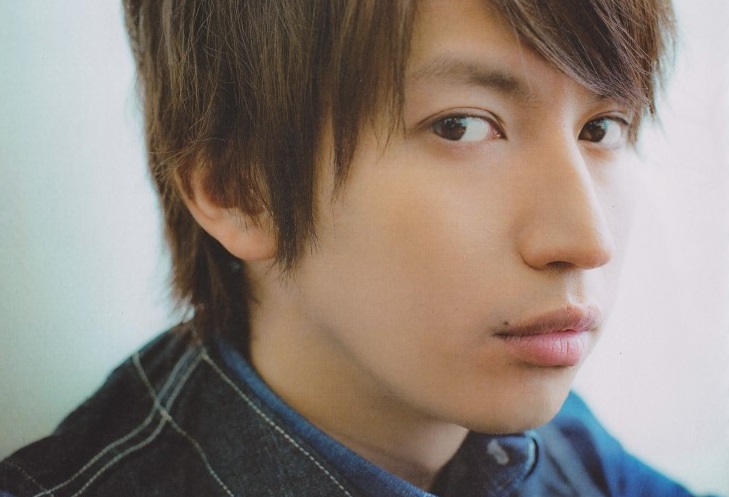 Eight years~! Congratulations Eito!!!
All the joy the lovely Kansai boys have given me since becoming an Either.

I can honestly not express how much Kanjani8 has meant to me and to some degree I even have them to thank for being who I am today. It sounds corny but without Eito I might not have gone to Tokyo and I am very sure that the 9 months I spent living in Japan changed me as a person. All the awesome Eighters that are out here in the fandom too. It really is the best fandom to be part of and I am so glad that I am.

I don't think Kanjani8 will ever dissapear from my life and I am sure that just like they have for years already they will acompany me and help me as my life moves forward. Listening to their music when I'm sad or enjoy their baka-ness in general when I'm lonely or bored. Kanjani8 really brightens my day and I will keep on loving them for being the unique kind of group they are.

I was going to make a HUUUUGE post today but since my computer isn't in a good condition I need to fix it and before it's fixed it really takes too much time to do what I had planned to do.

I've spent a lot of time with Eito and a lot of money too~ I have even had fights about them with my boyfriend but they are totally worth all of it! 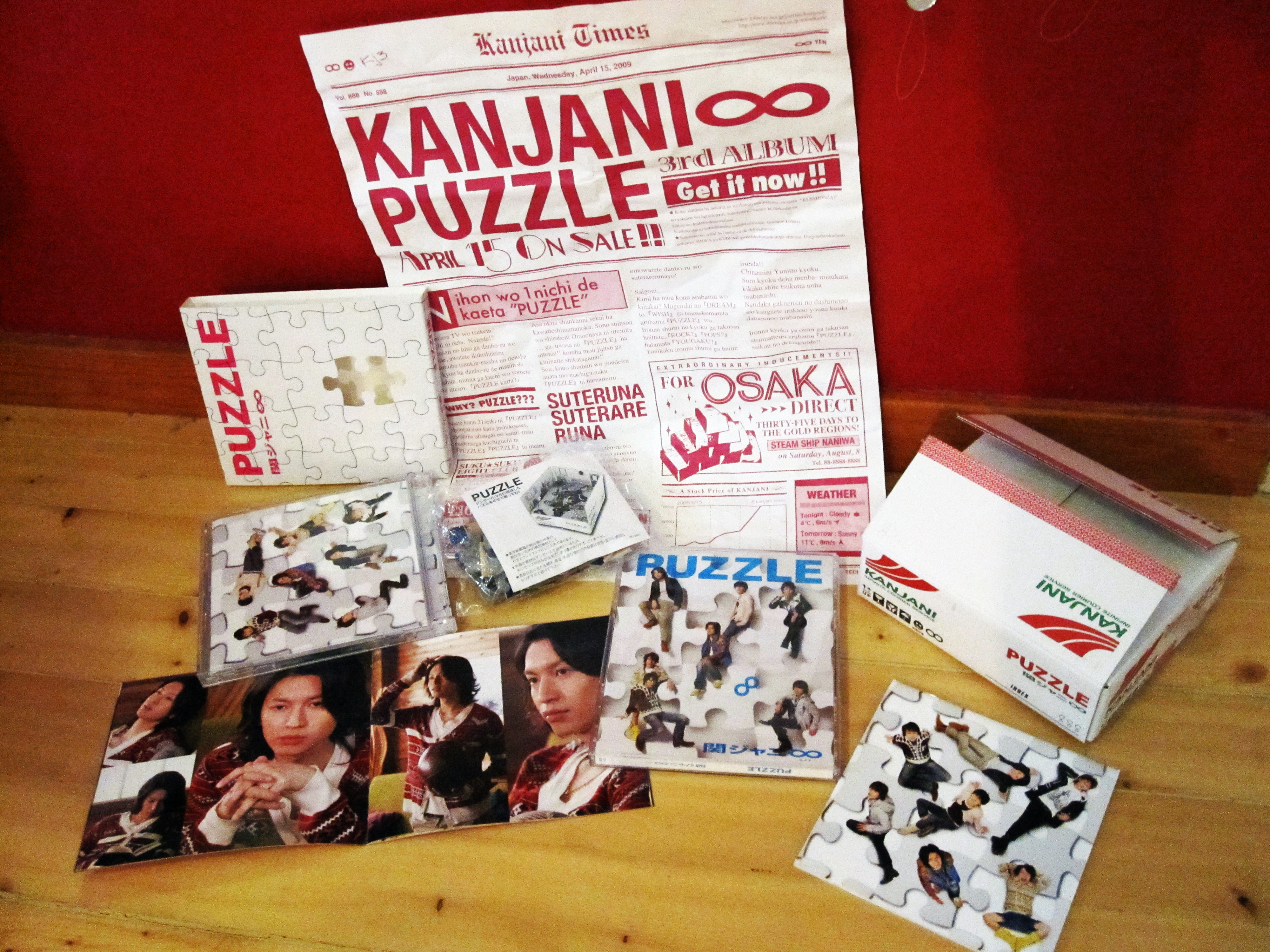 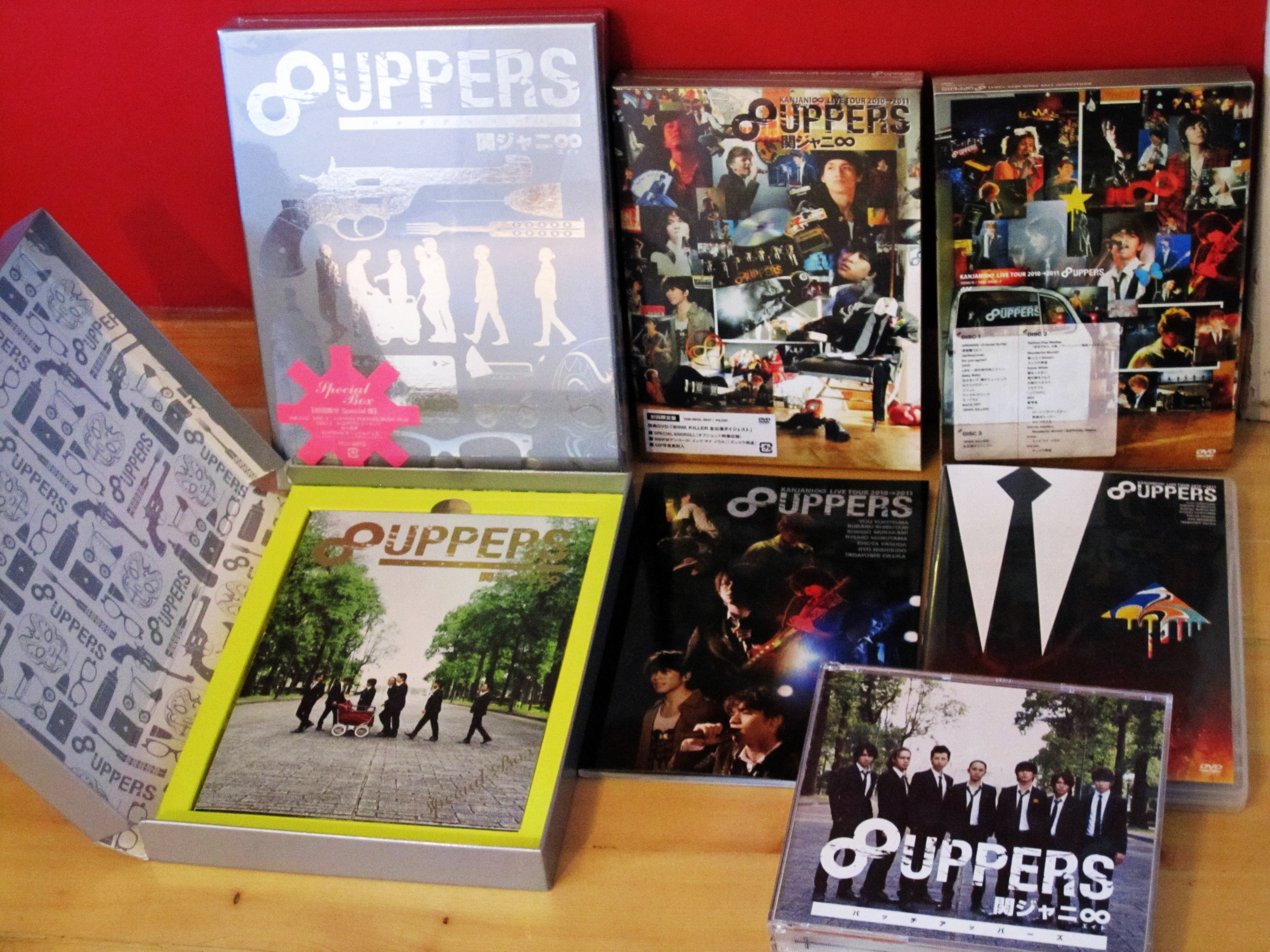 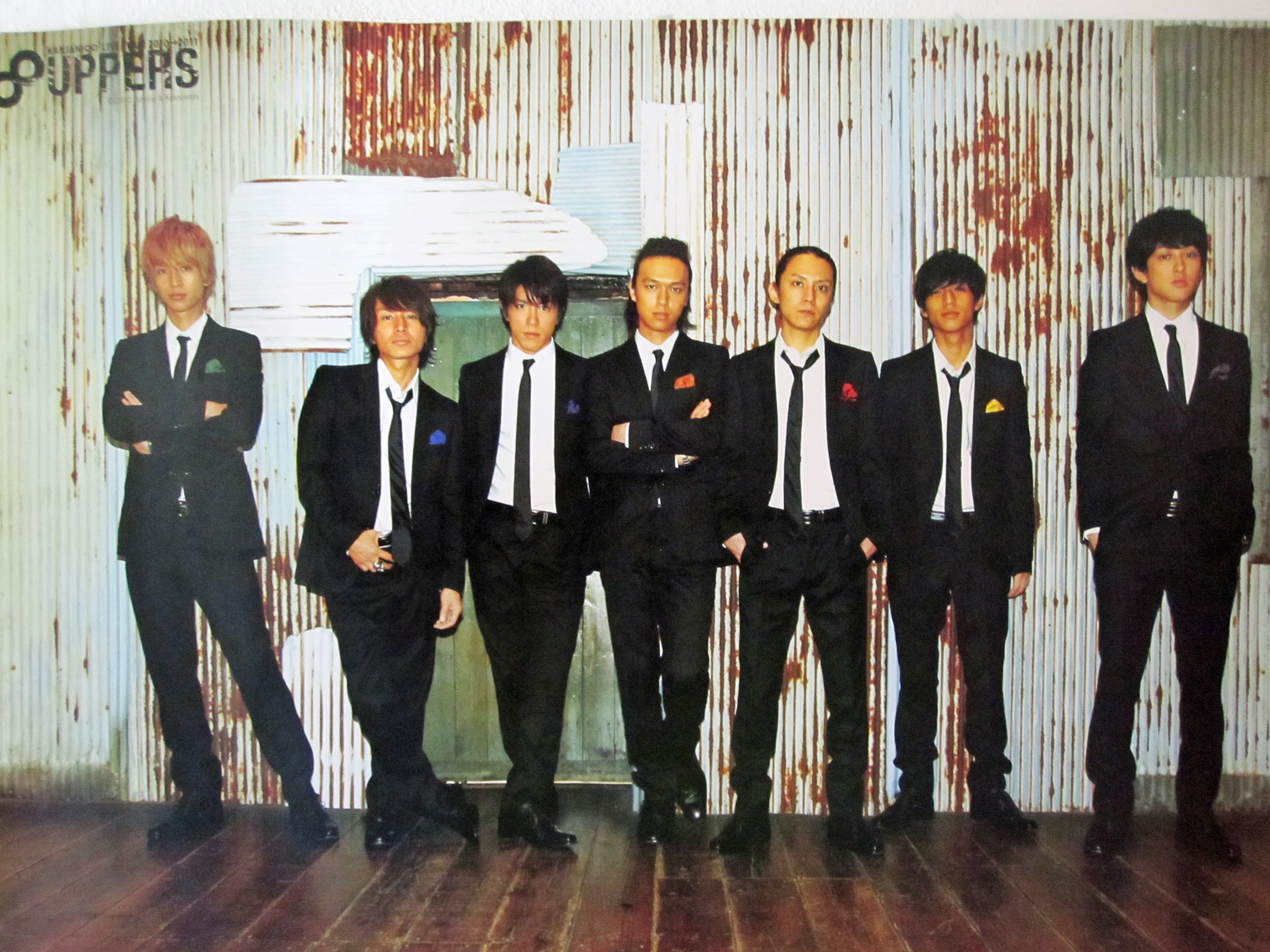 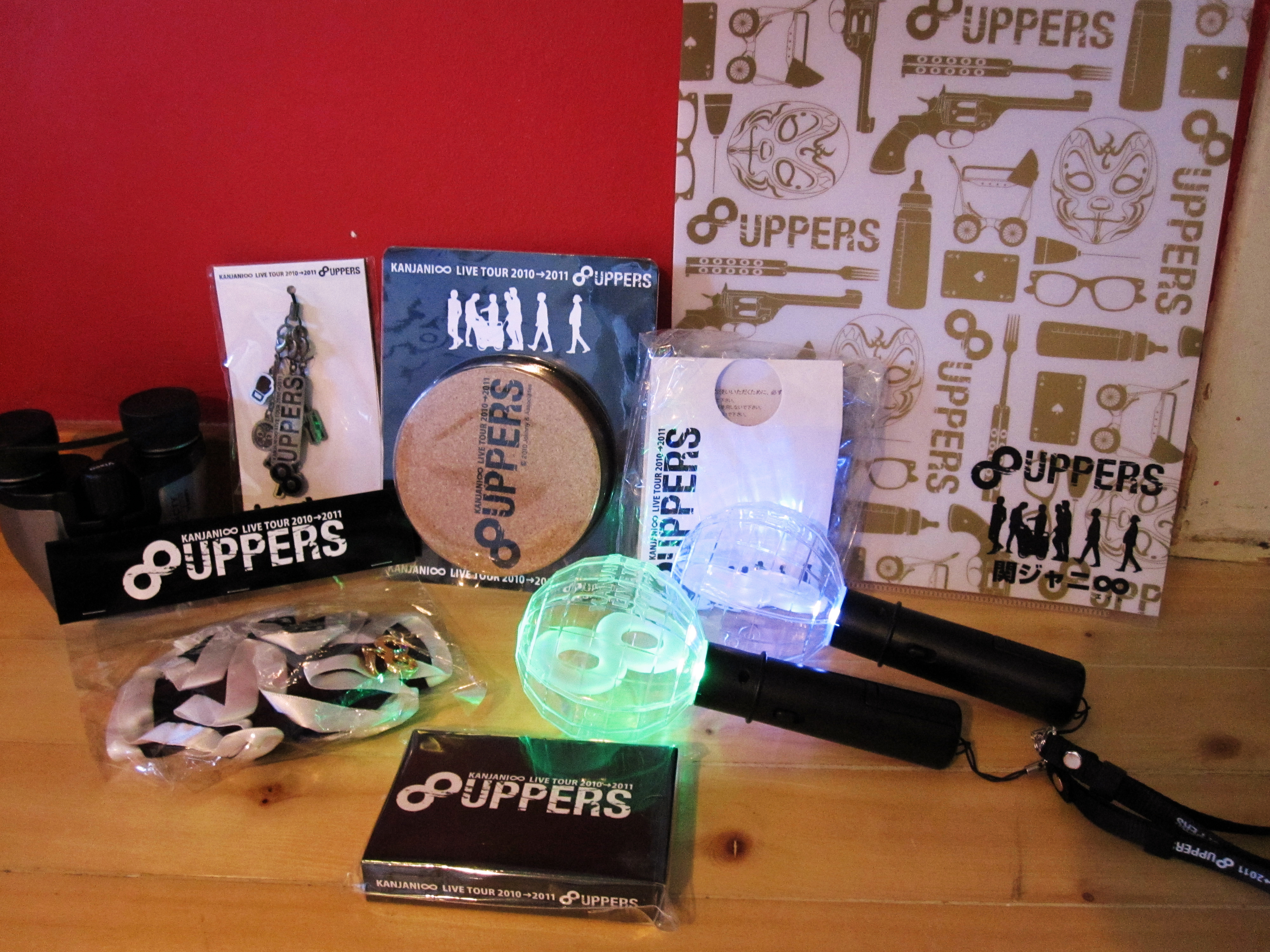 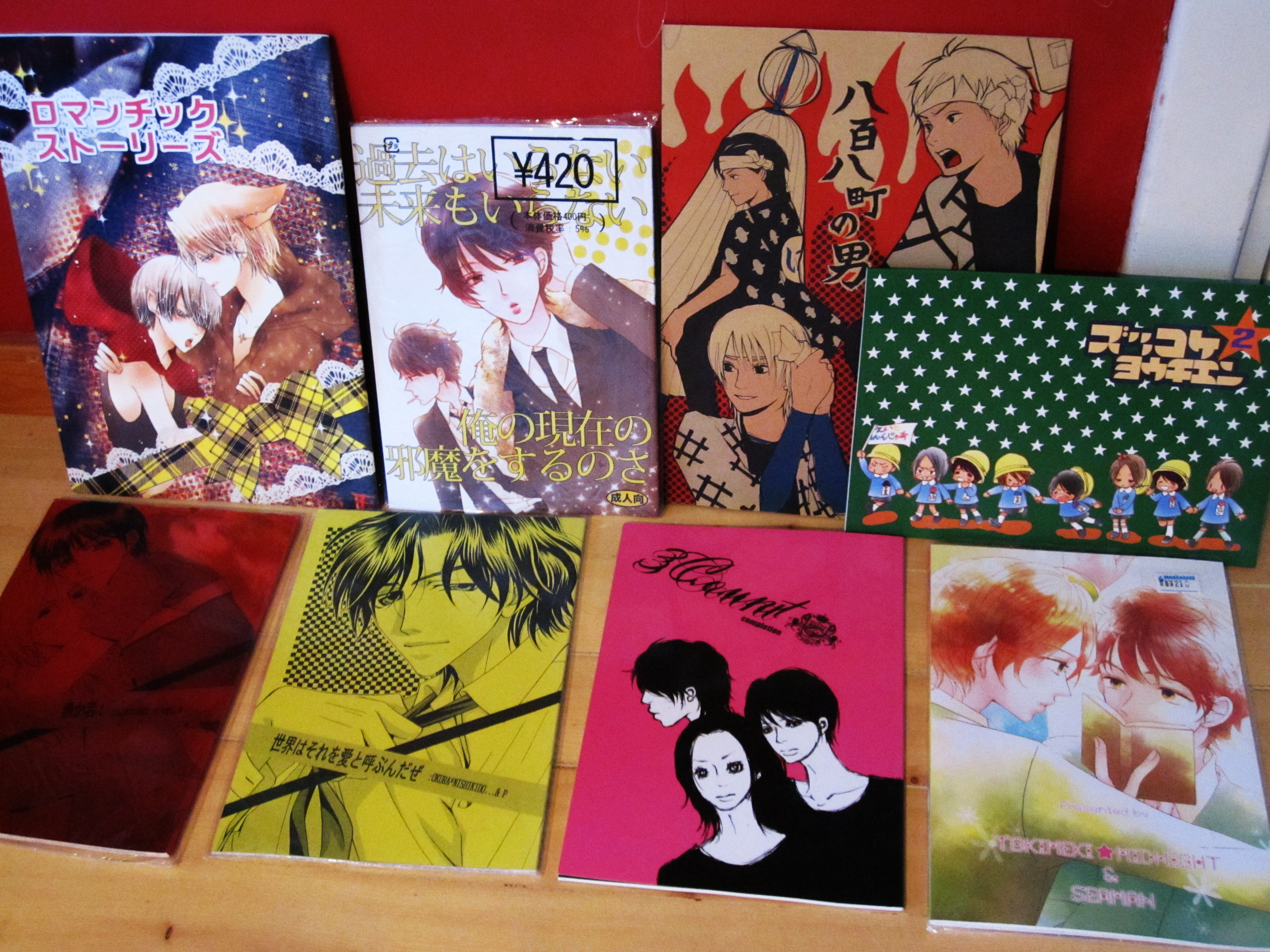 I made a RyOhkura fanvid. It's not the best but I thought I should share it with the fandom because I think RyoxOhkura is a pairing which needs and deserves lots and lots of love.

I love the two of them and I love the song, I hope you enjoy it~!

So, it’s been a whole year already… It’s almost scary how fast time seems to move. But here we are now and suddenly Tacchon is a whole year older, now turning 27.

I’ve been thinking and trying to plan what to do for him here on LJ today, and my first thought was to make another top 10 list as I did for Ryo on his birthday… The only problem is that I didn’t know what list to make, so it got kind of rushed.

In the end I decided to make My top 10 list of episodes/moments I guess you could say “stuff” related to Ohkura, which includes various things revolving Ohkura. It might sound quite vague but hopefully you’ll enjoy my list anyway.

Number 1 is obvious and there will probably never be anything to beat it down in the future either, I’ll start from 10 and then work my way towards my favorite memory. I strognly belive that Yoko is much smarter than he appears to be. I think that he really is a hidden evil genius, because how else did he manage to think of the epic dokkiri they made on Hina for the PUZZLE DVD? Speaking of dokkirki, he really suits that “Tensai” sleeping T-shirt he had for the 47tour (We actually bought one for our cousin who is a Yoko fan… She was very happy for it.)

Anyway, Yoko needs more cred, and even more so since he’s managed to be awesome enough for my boyfriend to like him… Which might not sound so great, but keep in mind that my boyfriend is super jealous and dislike most of Kanjani8, and he’s even close to hating Ohkura.
Today Yokoyama Yu is turning 31 and I frankly have a hard time believing it. In my eyes he might always stay in his twenties. ^^’’

He’s so shy, and cute! I’ll never forget the stare he gave us during the concert in Tokyo Dome. I mean, what was that Yoko? But I can’t be disappointed, because at least I’ve looked him in the eye, and I can say that he’s even better looking in real life (same goes for the others).

Sadly I won’t be able to do a super, duper, mega, colossal birthday post even though I think he deserves one. Instead I’ll kiss his UPPERS poster over my bed wish him a really, really great day and a HAPPY BIRTHDAY! One of the things that are so amazing about him, is that he can be cool and cute, and somehow just make you drool. ’
I must say, “Pan Panda" has really been growing on me and I think it’s a very nice song. I love both Yoko’s and Maru’s voices in it! How come it's always when I go out of my way to do something special I end up being the most disappointed? I've been disappointed three days in a row now. I can't take it forever, because I know it's not supposed to be like that. If I try hard, it feels like I'm the only one trying at all, so does that mean I should stop trying and just expect to get disappointed? If you don't try you won't be sad when it doesn't turn out the way you want... I certainly hope that's not the case.

Somehow today didn't start of well at all...

I'm currently at my working place, where I'm having a practice for a total of 3 months. I have about 2 months left after this week, and I think that in only this short amount of time I've changed quite a bit. Or maybe, I've changed before, but haven't really noticed until now.

It's funny, I turned 22 a few days ago and suddenly my life feels like it's moving towards something. I'm getting ready for studies and my future and it feels great. I've applied for university, and in June I'll know if I got accepted.

I'm living an interesting life now, and at the moment I only have two wishes. I want to see my boyfriend on a more regular basis. Because I don’t think that meeting in real life only once every half year is enough at all. Secondly, I wish I would get paid for the work I'm doing. I'm grateful that I got this chance to gain experiences and contacts. But, it's still a little frustrating to not have an income. I feel poor, but at least I'm happy.

I've been working out a lot lately too, so it feels like I'm filling my days in a good way. Unfortunately (?) I haven't been using my computer much at home, so I don't update as often. Also I've lost my ability to write fanfics, or at least so it seems. I'm sure my passion for writing isn't gone, it's just my brain that isn't inspired enough to put down my ideas in words.


This quote deosn't really have anything to do with the rest of the context. But it's from a song that I love, and I just can't stop listening to it.

Now I need to go back to work. The coffee break is over.

I wonder, how can the me from one year ago feel so distant? I'm talking about one thing, a certain part of myself that I miss immenesly. My imspiration has flown away and I can't seem to find it again. One day I just realized it wasn't there anymore, and now I can barely force myself into writing, even though I want to it just stops before I've even begun. :(

I guess that's why I haven't written much here too... I just don't have the feeling for it at the moment. But, I'm postive that such a huge part can't just die, it's probaly just sleeping really deep. (Kinda like my sister... You just have to wait until she wakes up on her own or you'll end up angry and annoyed.) Either way, I WANT TO WRITE ON MY FANFICTIONS!!!

Now I can't do it, but I will be able to again, so I'll definitely wait eagerly for my inspiration to return~ I miss you though! <3 ALSO, on a completly different matter, I've got a job-practice (not really a job but almost) and I'm really looking forward to have something to do on a regular basis again. Now I'll join my inspiration and sleep. Oyasumi~

I just read at Dozchan's LJ that Ryo is going to have a new drama starting april... AND he's going to play an Idol, named NISHIKIDO RYO. Also it seems other members of Kanjani8 is going to show up, as themselves!!!!! <3 <3 The plot is about how Ryo has married a single mother in secret and if it gets out he has to retire. So, a new Ryo-papa to look forward to. ^^''' It already sounds too good to be true, but if a girl can dream I hope I get to see at least Ohkura as one of the extras!! <3 Them playing themselves is just like they're making a fanfiction into a drama. I can't wait! But still... I think it's going to be EPIC! Ok... I just had to write something about it. <3 I'M SUPER EXCITED!

I'm crying so hard righ now... can't someone just give me a hug? I'm not even sure why, but they just won't stop.
Collapse